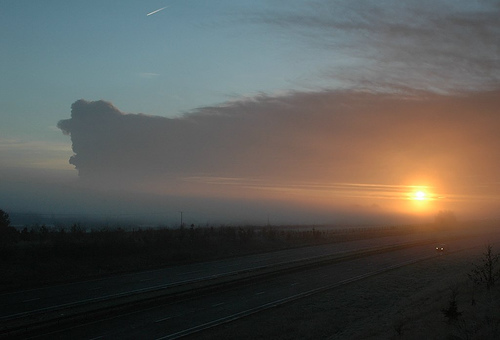 (Photo by Today is a good day, used under Creative Commons)

Lionel Barber of the Financial Times has predicted that almost all news organisations will start charging for content within the next 12 months (reported by Journalism.co.uk). This sounds right, but sad – the interval between the expansion of news media online, and the realisation that free won’t pay for itself, has been a blissful window for information. Rather than buying one newspaper a day, I’ve had the option of reading all the stories that interest me as they’re reported across every publication, and while there will be ways to carry on doing this (probably for free) after the paywalls come in, it will be more fiddly and less appealing.

Barber said quality journalism would ‘wither’ if new revenue streams are not found.

“We should be under no illusions about the price we would pay as a result. It would not be measured in terms of jobs alone, but something more enduring and valuable,” he said.

“Journalism forms part of the lifeblood of free societies. Journalism is not perfect, nor was it ever meant to be. By its nature, it is often uncomfortable, especially for those in positions of power.  But it matters – and I will defend it to the last.”

One unintended (although maybe not unwelcome, at least to an industry that routinely resists self-scrutiny) consequence will be that writing a blog which criticises reporting will become a bit harder. But if your hope is to see reporting improve, and if you accept that it can’t get better without revenue, then opposing paywalls is a tricky position to take.