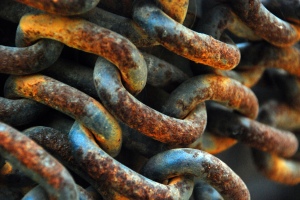 Bloggers don’t kill the thing they love: instead, they cascade potentially valuable attention onto the things they hate. Linking is part of online culture’s rhetoric of transparency. You’re inviting your reader to go back to the original, confirm your commentary, add to it if they wish to – giving credit to content you find praiseworthy, demonstrating your trustworthiness in handling something you oppose.

The problem is that both sorts of link feed traffic, and all traffic looks the same when traffic is what’s being measured, as with ABCe figures. The latest of these show the Mail’s website attracting the most unique visitors, beating the Guardian by about 200,000 users. And with the Jan Moir atrocity, the numbers for the Mail are likely to look even more impressive when October gets tallied up.

But that assumes that ABCe results are comparable to ABC numbers as a measure of audience engagement. I don’t think they are. Using a website isn’t the same as buying a paper: it’s more like flicking through a discarded copy you’ve found at a bus-stop. It requires no investment of money or identity. I use the Mail website, but I’m a Guardian reader. My politics, my interests, my tastes are not the same as the politics, interests and tastes of the person advertisers on the Mail website are presumably trying to reach – when, that is, the advertisers aren’t being jumped into pulling their ads by the negative publicity.

I suppose that, in theory, the Mail could sell the advertising around their most virulently illiberal content so that it would appeal to the outraged. Trailers for E4 shows. American Apparel. That sort of thing. But that would mean alienating a core audience who enjoy and agree with content like Moir’s, and that sounds like a pretty dicey strategy. I’m willing to credit most advertisers with the intelligence to know that a deluge of unhappy, agitated users won’t be taking away the warmest of feelings about a brand they see in the sidebar.

2 thoughts on “Link the thing you hate”