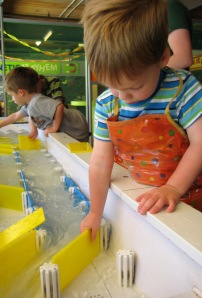 Tim Harford of the FT reckons that the evidence is in favour of charter schools proving education. Looking at the mixed evidence from the Swedish and American experiences, he concludes: “This suggests that more choice can raise standards in British schools. The Conservative policy is well worth trying.”

But is it more choice that causes the positive effects that Harford spots? Elsewhere in the column, he suggests that it’s not “choice” that makes the difference – rather it’s one quite specific educational approach:

The most credible research studies a particular subset of schools, typically in New York and Massachusetts. They are typically “no excuses” schools that emphasise discipline, long hours and short holidays. They are oversubscribed. The disadvantage here is that researchers are looking only at charter schools that parents already reckon are succeeding. But the advantage is that places are allocated by lottery and so researchers can compare lottery winners and losers. The encouraging conclusion is that such charter schools can be dramatically effective, especially for poor children and ethnic minorities.

Is there anything that makes that educational approach specific to charter schools? I don’t think so – and that makes charter schools (whose appeal is that they can work to any educational ethos the founders prefer) a pretty inefficient way to roll out this one potentially beneficial aspect. The Tories seem to be adopting only the part of the experiment that suits their own ideology of choice, rather than the part that actually works.

There’s one more point made by Harford about the way parents will tend to exercise that choice: “Parents do like schools with low poverty rates – which might push towards segregation…” On Twitter, he added that economic streaming was “already such a severe problem, not clear whether it would be made worse or better”. But if this is already a severe problem, why aren’t we moving towards a system designed to fix it – rather than the one aimed at the not-terribly-urgent issue of maximising the performance of wealthier children who are already doing pretty well? It’s a terrifyingly unjust way to reform the education system. Under this government, the poor are deemed lost from infancy, and in the choice experiment, they’re simply expendable.

5 thoughts on “The child experiment”