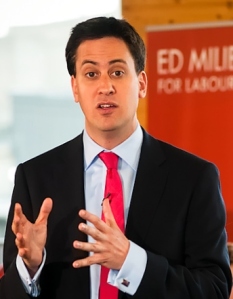 It’s the decision that will determine Labour’s fate over the next five years. It’s the difference between a demoralising era of electoral devastation for the party, and the chance to mount an effective challenge on the next polling day. It’s the choice that could make Labour a force that’s ready for power, or inaugurate a bleak era of impotence.

No, it isn’t the election of a new leader. That matters, of course, but the effect of having one is probably as important as the effect of choosing any individual candidate over the rest. Even with no leader and only a provisional shadow cabinet, the gap between Labour and the Tories has been narrowing consistently in polls since the summer, with public attitudes hardening against the cuts. If Labour can organise itself behind a face that isn’t implicated in the perceived failures of the Blair/Brown period, sustaining and advancing that trend should be obvious. (I’m not saying that Labour can’t fuck this up. Just that it would be an impressive fuck-up if they did.)

Ed Miliband seems likely to do a decent job heading up his party. But there’s another  big call to make: how is the hostile media going to characterise him? There’s been an early move to mark him out as “Red Ed”, but that seems like a smear based on the mistaken assumption that the British public is as riotously anti-state as the American one – it isn’t, and anyway Ed is only pinkish round the edges. The Express has even made an early run at the Tea Party approach, with a story headlined “DEDICATED LEFT WINGER FOLLOWS HIS FATHER’S DREAM” apparently modeled on Dinesh D’Souza’s voodoo analysis of Obama (“Obama shares his father’s anti-colonial crusade…”). The gulf between The Express’ curtain-twitching paranoia and the grand insanity of Fox News is filled with bathos, and this stuff looks unlikely to stick for now.

Matthew Parris made a more convincing move, interviewed on the BBC at the Labour conference today, when he said that in five years Ed Miliband would be known as a “ditherer”. By lunchtime, Christina Odone had grabbed the idea and bundled it up with the Mail’s astonishing revelation that Miliband LIVES WITH A WOMAN and HAS HAD A BABY WITH THE WOMAN but is NOT MARRIED TO THE WOMAN. “This is a man who has problems with relationships,” oozes Odone, accusing Miliband of “commitment phobia” as if Ed was liable to run out on the country and leave the electorate chasing his through the CSA.

The Tory-supporting media is shuffling the elements at their disposal like Frankenstein playing with a set of body parts on his operating table (Son of a commie dad! Usurper of primogeniture! Scorner of wedlock!). Eventually, they’re going to make something that’s just close enough to the actual man for it to be functional.

7 thoughts on “What to say about Ed”