Originally published by the Guardian. 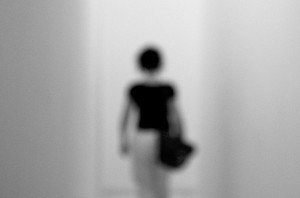 Some parents joke about the missing-child moment as a rite of passage, but when it actually happens, it doesn’t feel particularly amusing. From the first instant of missing them, every moment of the child’s absence cranks the agony a little higher. At one minute, you’re scanning the surrounding area; at two, you’re eyeing up exits and road crossings; at three, you become fearful of strangers; at four, you’re wondering if it would be excessive to scream for help; at five, you’re not wondering any more.

It isn’t the separation that makes these moments so dreadful, of course. It’s the not knowing. As long as your child is out of sight, the only thing you can imagine are the possibilities. How far could they have got, and who could be with them? Do they know how to look after themselves in this or that situation? Did you tell them everything they need to know? And in the rush of terrible fates, the thread of hope that wherever they are, they’re OK and they’ll find their way back to you. And mostly, they do – although the older they get, the longer they might take to do it, with broken curfews and unplanned sleepovers all part of the teenage toolkit for causing parental anguish.

Sometimes, horrifically, they don’t. This is the distressing case for the family of Becky Godden-Edwards, who went missing eight years ago after becoming estranged from her family, and whose body was finally found in a shallow grave and identified this week. (Taxi driver Chris Halliwell, who has already been charged with the murder of Sian O’Callaghan, will be questioned over the discovery.) The family were informed on what would have been her 29th birthday.

Godden-Edwards had been dead for several years while her family continued to look for her. They discussed hiring a private detective, and last year her mother posted what is in retrospect a devastatingly poignant notice on the Missing You website: “Karen Edwards is trying to trace the location of Becky she has been missing for 8 years, and I need to contact her urgent or just to know that she is ok! can anyone help?” They approached the police, but Godden-Edwards was never officially reported as missing.

Her relatives presumably went through just the same contemplation of what-ifs as anyone in a similar situation, but Godden-Edwards was an adult rather than a helpless infant, and that thread of hope would surely have remained throughout the near-decade that she was missing. There is something exceptionally cruel about the thought of living every day in the faint expectation of a loved one’s return, only to be informed that they have in fact been buried for years, and nobody else noticed.

Because the other part of this story is that Godden-Edwards was not seemingly missed by anyone but her relatives. Whatever friends or associates had replaced her family, they appear to have let her slip from their lives without thinking her loss worth reporting. The police have appealed for anyone who knew her after 2002 to come forward with information that could help them reconstruct her life – and, hopefully, help discover how she died. In such cases, I imagine that the investigation is a bit like trying to catch a ghost, tugging at the worn fibres of memories in an effort to weave an existence back together.

After all, how much do you know about the many people who pass through your life? The ones you’ve chatted to, maybe even socialised with, and who then seem to simply wisp away. Would you realise they had gone? Would you wonder if anyone else was looking? Because, sad as Godden-Edwards’s case is, at least someone was waiting for her. Out there, somewhere, maybe near to you, are the people so lost that no one will know when they’re gone.

This was an exceptionally hard piece to write, and when my editor approached me with the commission, I considered turning it down (no small show of scruples for a freelancer). I was mostly satisfied with it in the end, although I wouldn’t claim to have entirely dodged my main fears – presenting my sympathetic inventions as the inner feelings of real, and really bereaved, people; and a slight tinge of mawkishness.

Shortly after it was published, I received a thoughtful email from a father whose adult daughter had also gone missing, and been found dead some time later. When I read it, I burst into tears at my desk, and then hated myself: I’d made money by trying to imagine someone else’s bereavement, I had no right to get distressed when confronted with the real thing. But it was a kind and generous letter, expressing his sympathy with those who had to wait even longer for resolution than he did, and made me think that the best part of what any of us can do is to imagine the experiences of others – even when we’ve experienced the truly dreadful ourselves.