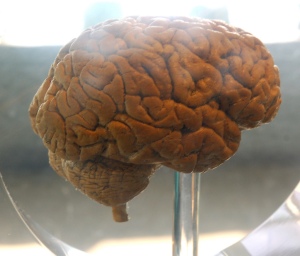 Unfairness is hard to accept, and hard to correct, but luckily for your peace of mind, the human brain has a work-around. It’s called the “just world hypothesis”: a tendency to build retrospective narratives that justify inequality. As Oliver Burkeman explains, “The just world hypothesis sees suffering and concludes that people who suffer must be the kind of people we disdain.”

Over the course of the New Labour government, UK politics engaged in what I think can be called a mass justifying project – one that has been continued, refined and consolidated in the policies of the Conservative/Lib Dem coalition. In order to make Britain’s painfully stratified social system acceptable, it’s been  necessary for politicians and voters to convince themselves of one thing: that the poorest are fundamentally distinct from everyone else.

In A Journey, Tony Blair writes about his belief in a group of people so antisocial as to be entirely outside the class system:

“The right-wing phrase ‘the underclass’ was ugly, but it was accurate. These people at the bottom didn’t have dysfunctional working lives. They had dysfunctional lives, full stop. Their children were disruptive at school, if they attended at all. Their parents were often separated or abusive or just plain inadequate.”

As well as being beyond the reach of normal politics, this underclass is self-replicating: dysfunction begets dysfunction. For Blair and New Labour, the solution was early and intensive intervention, offered through the Sure Start programme. According to a 2009 Commons report (PDF), Sure Start “has been solidly based on evidence that the early years are when the greatest difference can be made to a child’s life chances “.

Around the same time that Sure Start was starting up, the charity Kids Company was getting established, and this too was founded on the belief that the childhood experience is absolutely essential in deciding adult outcomes. There is strong research in child psychology and attachment theory to back this up, but this isn’t the area of knowledge given most prominence in Kids Company’s literature. Instead, we’re referred to the authority of neuroscience:

Kids Company website, When Problems Arise In The Brain

In the last five years, neuroscience has received the standard reward for any exciting and fast-moving field of knowledge: it’s been absorbed into popular culture in a strange, partial and absolutist form. There’s a general appreciation that brains are malleable organs, and that the physiology of the brain is related to personality or ability in various ways.

In that context, it seems plausible to talk about the effects of a traumatic experience as being “like” multiple sclerosis, even though the comparison is essentially specious. However traumatic an experience is, it doesn’t lead to the formation of plaques around the nervous tissue. And while Kids Company is making the analogy between deprivation and illness sympathetically – the children are presented as sufferers whose affliction must be remedied  –  not every application of the brain myth is so kindly.

Iain Duncan Smith has misappropriated research into the effect of profound neglect on children’s brains to argue that, “we can pretty much figure out where an 18-year-old will be at the time that they are two and a half or three years old. Signs are there. There are of course physical signs, including the scale and size and capacity of their brains to be able to deal with challenges.” If that doesn’t sound scarily deterministic enough, he also said, “for far too many people in society crime began before they were born.”

The underclass (to use Blair’s phrase) have somehow become neurologically distinct from the rest of us in Duncan Smith’s mangling of the evidence – and not just that, but irreparably distinct by the age of three. If you’re not appropriately socialised by then, Duncan Smith’s Compassionate Conservatism is ready to give you up as an inferior form of humanity. It’s a grotesquely double-jointed version of the just world hypothesis: the neglectful ways of underclass parents shrink the brains of underclass children, and these shrunken-brained progeny can’t possibly be formed into anything but further members of the underclass.

This is wrong. Not just morally wrong (though it is absolutely repulsive to see politicians grasping for excuses to terminate their responsibilities to the most desperate part of the people they represent), but factually wrong too. Brains are plastic, not like a brittle yogurt pot or a piece of hard acrylic, but like Plasticine. They can change, and change again. (Even if, like Plasticine, brains get more rigid over time.)

A longitudinal study of children adopted from Romanian orphanages in the early ’90s has shown an extraordinary ability for children to recover even from the most desperate neglect:

The findings from the assessments at 4, 6 and 11 years were striking in showing that there was a dramatic degree of cognitive and physical catch-up to norms in the institution-reared group, but that significant deficits remained in a substantial minority of individuals who had experienced institutionalisation to beyond the age of 6 months.

Resilience varies – and the longer a child experiences neglect, the more likely they are to suffer lasting effects – but what this study shows is that even the grimmest upbringing doesn’t have quite the permanent scarring effect on the the brain that Iain Duncan Smith, the Kids Company website and even the Sure Start literature seem to suggest.

The problem is that anyone who’s indulged in the misrepresentation of neuroscience for perfectly lovely egalitarian reasons has accepted the fallacy by which the poor and excluded can be presented as non-human, beyond help. By tolerating the falsehoods that served their cause, social progressives have helped create the logic that’s now used to justify mass societal neglect.

6 thoughts on “Pinkos and the brain”