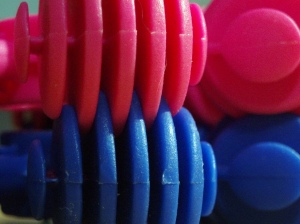 I have a friend. (I don’t really have a friend – this is a thought experiment, and who wants to be friends with the kind of bore who runs around making up thought experiments?) Anyway, this friend (who doesn’t exist) has a baby. A tiny, squirmy, scrunch-faced, made-up baby. My friend does not want the baby. She is so serious about not wanting the baby, that she decides she is going to kill the baby. She says this quite directly: “I am going to kill this baby.”

I am of course shocked. Disgusted, actually. Also questioning my taste in imaginary friends. And because I care deeply about this baby and its continued survival, I say to my friend, “You must not harm this baby. This baby is not to be harmed. And to ensure the safety of this baby, I am going to leave it in the sole care of you, the person who wants to kill the baby.” Actually, I don’t say that, because that would be murderously irresponsible, wouldn’t it? Call me some kind of milksop liberal if you like, but if someone told me they planned to harm a child, I would want their parental responsibilities whisked away quicker than you can say “Shoesmith”.

Which is where the logic of anti-abortion campaigners confounds me. They say they believe a foetus is a living entity apart from the woman carrying it, with its own separate rights. I disagree, but I’m happy to accept that this belief is held in good faith. Consequently, they believe that a medical abortion is equivalent to murder. Again, disagreeing here, but I think this is a good-faith extension of the original good-faith assertion, so we can run with it. And that’s where we slip up in a horrible, blood stained puddle – because the end of this logic is that women who want to abort (murder) their pregnancies (babies) should be compelled to carry the pregnancy to term, and care for the child both in utero and postnatally.

You know, I think the anti-abortion campaigners might not have thought this through. Beyond the moral absolutes of the pro-life argument, I wonder whether many of its adherents actually tacitly accept that you can make an arbitrary distinction between a foetus and a unborn baby, and that choosing to end a pregnancy isn’t the same as harming a child. Either there’s a little bit of functional hypocrisy here, or the claims to be concerned about the unborn child’s welfare aren’t really in good faith at all.

The decision to have an abortion is a personal judgement, made by the pregnant woman – the person best placed to understand the consequences of either continuing a pregnancy or terminating it. We might find her reasoning obnoxious, as the Telegraph clearly does in its expose of clinics which offered abortions on the basis of the foetus’ sex. I find sex-selective abortion obnoxious too. Whether it’s driven by a patriarchal preference for boys, or some sort of idiotic gender essentialist longing for a little girl, it’s a stupid and hateful expression of the moronic sexism that runs through our whole society.

But why would I want to force these particular obnoxious, stupid, hateful and moronic people to be parents – and parents to a child that they’ve made it clear they don’t want? Who, exactly, does this help? Not the prospective parents: any social worker can tell you that it takes much more than going through labour to turn someone into an able, affectionate mother. Not the potential child either. The consultants caught in the Telegraph sting acted illegally, and by agreeing to perform sex-selective abortions, they helped to reinforce the unpleasant idea that such procedures are OK, but I’m not convinced they acted wholly unethically. What shocks me most is the inanity of forcing doctors into a position of moral judgement over what a woman wants to happen in her own belly.