[Edit 15 September 2014] I no longer consider a liberal approach to pornography and sexual labour to be compatible with the liberation of women from male violence and coercion. There’s a more detailed explanation of this development in this piece at the New Statesman. 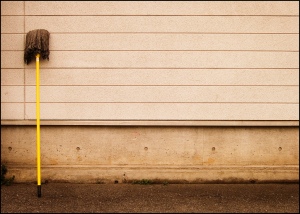 This week, New Left Project has been running a debate between me and Pornland author Gail Dines, “the world’s leading anti-pornography campaigner” and “a highly regarded academic” (according to this profile by Julie Bindel). Parts one, two and three have been published, with Dines’ final response due to appear shortly. The initial invitation from NLP arrived in November 2010, meaning that this conversation has been rumbling away for over a year, and the result is neither very illuminating on its ostensive subject nor particularly flattering to Dines’ academic credentials.

What it has revealed is the standard of plain bad argument considered acceptable by someone in the throes of ideological conviction. Normally at this stage, I’d make some conciliatory self-criticisms and think about the ways that my conduct or position played a part in the quality of the finished product. In this case, Dines has made that unnecessary. Between appealing to her own victimhood, glorying in her intellectual errors, and finally packing up and breaking the agreed format of the debate when she decided she’d run out of answers, Dines behaved like a parody of a zealot. I don’t believe that there is anything I could have done differently to make the end result more satisfactory.

This led to some lengthy delays. Having confirmed the format in January, I filed my opener in February 2011. Dines’ response didn’t arrive until August the same year. I took another two months to write my reply, and her abrupt concluding statement appeared in March this year. In other words, she averaged half a year to write each of her contributions, so in a way it’s a relief that she chose to cut things short – otherwise there’s every chance that this farrago would still be hanging over me by Christmas, and experience so far suggests we’d be no nearer to an interesting or constructive dialogue.

In my opener, I argue that Dines has misrepresented the evidence and failed to offer a coherent idea either of what pornography is or why it’s necessary to be against it. Dines’ response begins with a gesture of bad faith when she misquotes me in the first paragraph (I called Pornland “astonishingly influential”, not “astonishingly successful” – picky maybe, but she could at least have tried to get that right), and then tries to smear my position by referring to critics who “decide that the problem with Pornland is that it was written by someone who ‘needs a good fuck.'”

Now, I’m sure many people have said this about Dines, but I didn’t, and by characterising her opposition in this way, she’s making an early effort to discredit all my criticism by association. Perhaps she felt it was necessary to be cheap because her responses to the points I actually make are uniformly weak. Charged with not offering a substantial definition of pornography, she says, “please don’t ask us radical feminists to waste our time coming up with scholarly definitions.” (I thought “highly regarded academics” were meant to have at least a minimal engagement with “scholarly” standards. Silly me.) Challenged on her use of evidence, she offers a cherry-picked quote from the Malamuth study. She condemns my understanding of capitalism, while giving an account of industrial relations with no mention of workers.

The best bit, though, is when she accuses me of speaking from privilege and then puts words in the mouth of a cleaner in order to support her argument. Seriously:

I’ve italicised the conditional phrases in that section. What it means is that she didn’t ask the cleaner what she thought, and the cleaner didn’t say that she agreed with Dines. Dines could bear to think a little more about her own privilege before she makes sock-puppets of any adjacent manual workers. I could have attacked her substantially on that alone in the next part of the debate, but instead I wanted to focus on her use of evidence. She had cited Malamuth, so I quoted further from that study, showing how she had sheared off the caveats and qualifications applied by the authors to their findings.

And her reaction to this is the most revealing part of the whole exchange. Having previously claimed that she had a “slew” of evidence on her side, she now cut the debate short with the statement (in the yet-unpublished part four) that “there is no study, argument, or theory that will persuade us [i.e. radical feminists]”. This is an amazing admission, because what she’s saying is that the evidence doesn’t matter. Confronted with her own misuse of the research, she states that the research has never influenced her beliefs anyway. The reason Pornland reads as though is was constructed from the a priori belief that porn is bad is because that is exactly how it was written. Every claim it makes is compromised by this deep intellectual bias.

Reading these debate pieces felt like opening a time capsule, because in recent months, I’ve been writing and working largely on pro-choice topics. If anything, by making the nebulous, impractical cause of “anti-porn” a test of feminism, Dines and her followers have turned away from matters that really are critical to gender equality and women’s security. As long as the anti-porn case is made, I’ll feel obliged to oppose it (especially when it’s made as sloppily as it is by Dines); but right now, feminism has more important fights in front of it.