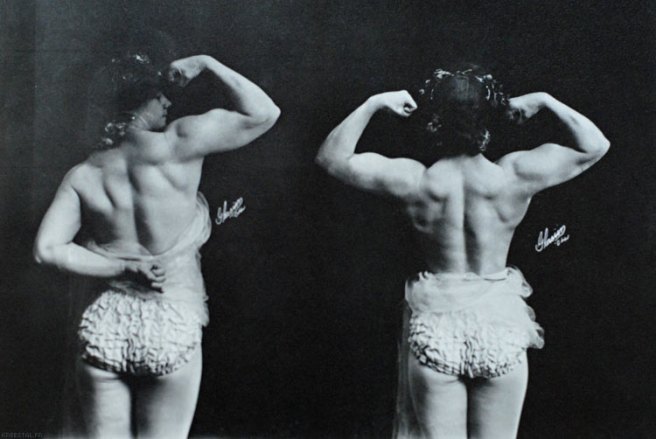 1. You will be accused of hating men

At first this will sound ridiculous. Then you’ll feel irritated. Then you might feel riled and want to say: “YES I HATE MEN AND THEY MUST ALL BECOME SOYLENT GREEN.”

But the truth is, I don’t hate men. I just think I am awesome – too awesome for my life to be decided along the lines of what someone else thinks is appropriate to my gender. Too awesome to go around cringing over the fact that I am woman-shaped and have woman interests and woman-y inside-bits.

The people who accuse feminism of hating men have a very fragile, narrow idea of being a man – they’re something like a fluorescent tube. They are worried that any change will shatter them. Feel sorry for them, but not too sorry: like the rest of us, they will probably be OK.

2. You will get long, self-justifying communications from people who in all honesty sound like they’re the problem

Before I started writing on feminist subjects – which means reproductive rights, equal parenting and safety from violence in my case, which means absurdly that all those things are seen as the province of one particular cause rather than, y’know, human rights – really sexist people were like a rare species of angry mammal. Wild pigs, maybe. I’d seen a few of them dashing through the trees with foam on their tusks, but they’d never actually run full at me.

That changes when you write about feminism. Then, the pigs in the forest start charging towards you, grunting things like “women are naturally incapable of creativity” or “how do you expect men not to rape if women wear short skirts”. (I’m not making those up, by the way.) On a really good day, you’ll get lengthy emails from a man telling you how unfair it is that he’s not allowed to see his kids after his ex provoked him once – just once! – into assaulting her.

The important thing about this is that the number of pigs in the wood hasn’t changed, it’s just that they know you’re there and they’re coming for you. So don’t make the mistake of thinking there’s been a massive explosion in the pig population. Just study them, learn about them, and work out how to spear them.

Later, you will realise that people who say they don’t like feminism (rather than, say, people who debate the usefulness of certain ideals to the wider feminist cause) aren’t the kind of people you actually want making an exception for you. They’re probably not destined to be your top pal.

4. You will be asked whether you’re a single parent or a lesbian or childless or fat, as if these things were accusations

And when they’re wrong, you will have to resist triumphantly shouting something like: “No! Ha! I am a straight, married mother of average BMI! In your STUPID PRESUMPTUOUS FACE!” Because to do that would, of course, be to endorse the hatstand morality that says being a single parent or a lesbian or childless or fat is a shameful condition that invalidates anything you have to say – and it would leave you at a distinct disadvantage if they ever fluked into being correct.

Yet there is some purpose in your impulse to deny: when people say these things, they’re saying that nothing you ever do can be uninflected by the physical. They’re saying that you are the deviation from the reliable, masculine norm and your words proceed from your ovaries. You would understandably like to disabuse them of that notion.

And you may do so – gently, and without accepting that there’s any justice in their hatreds.

5. You will hear: “Not everything is a feminist issue, you know”

6. You will be told: “Enough with the isms and ists”

Personally, I don’t feel like it is enough. I don’t think it’s good enough for my daughter and her peers to grow up in a world where some chump can go on TV and joke about his “instincts” telling him to grope a woman’s breasts, and then use the image of her giving someone (implicitly him) a hand job to embarrass her. I am not cool with that.

Before we had the language of “ists” and “isms” we had “no property rights” and “legal marital rape”. We’re a tiny way out of a history of seeing women as things not people, and I want the next generation to grow up knowing that they do not have to put up with this rudeness.

Because that’s why I write about feminism: in the hope that some time, eventually, no one will have to.