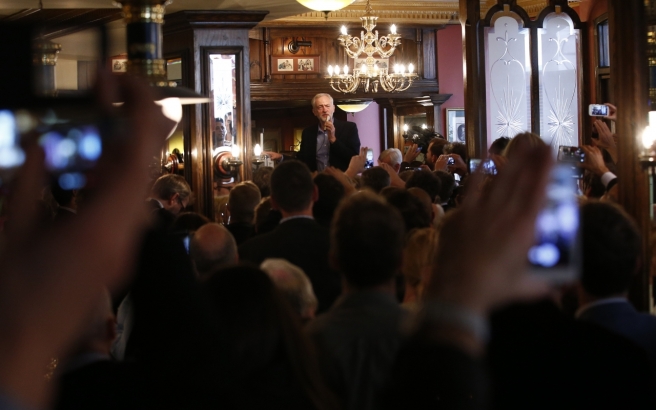 I’m one of seven writers to contribute a short piece on changing your mind, along with Dorian Lynskey (on Corbyn), Glosswitch (on woman-hating), Stephen Bush (on AV), Barbara Speed (on smartphones), Helen Lewis (on Scousers) and Ian Leslie (on Sadiq Khan). Writers are required to express certainty – rightly, because opinions clearly expressed can be clearly countered, and that’s how discussion can go on. But this means you’re still “the one who said X” long after you’ve realised that Y might not have something of a case after all, and seeing the processes behind other writers’ changes of mind has a wonderful appeal to nosiness. Mine is on my embrace, and then rejection, of gender identity politics:

The only acceptable definition of ‘woman’, I decided, was ‘someone who identifies as a woman’. It was circular, but simple: if I subjugated my judgement to individual self-declaration, I could never be guilty of excluding anyone. I could never get into trouble. And anyway, I could still talk about male and female bodies . . . except that pro-choice organisations were now under pressure to disavow allegedly ‘triggering’ references to female biology, so no I couldn’t.

Read the rest (and the other six) at the New Statesman