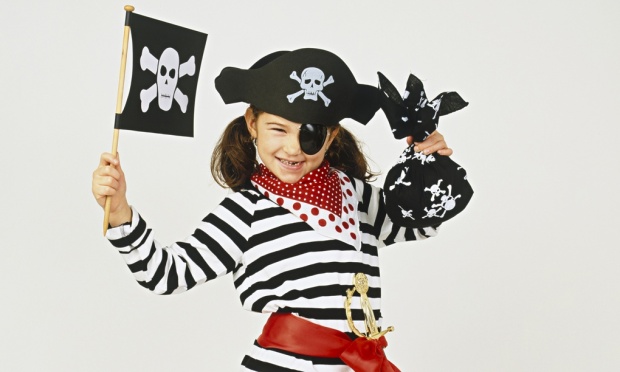 Last weekend, I took part in my first ever feminist direct action when I attended the counter-protest to the SPUC anti-abortion vigil in Bath. If you’d asked me whether I was a feminist ten years ago, you’d probably have got very strange and hesitant answer out of me: I wasn’t anti-feminist, but I wasn’t sure that I was one, either. In my early 20s, my main contact with feminism as a political movement came through university, where I was studying English literature. END_OF_DOCUMENT_TOKEN_TO_BE_REPLACED

It probably says something about the mature attitude I bring to the business of parenting that my favourite fictional mother is in a children’s book, but there you go. The best guide to the business of being a mum that I’ve ever read is Tove Jansson’s Moomin series, and in my regular moments of floundering under my responsibilities to the small people I’ve generated, I’ve often resorted to pretending that I’m Moominmamma.

END_OF_DOCUMENT_TOKEN_TO_BE_REPLACED

Lucy Cavendish visited an online forum for mothers, and was amazed to find them discussing motherhood – sometimes quite heatedly! While I dislike the tone of her article, the premise is pretty robust. Motherhood is a sensitive issue, many mothers become entrenched in their parenting choices and defend them bitterly, going to work when you have small children can be a difficult and guilt-wracked decision. This is all true enough. (Though there’s less of the difficulty and guilt if work is a financial necessity rather than a little paid hobby done to benefit your sense of self. I’m just saying.)

I don’t really believe her claim that things for mothers now are more spectacularly traumatic than ever, though. There are some things that probably do diminish our confidence in our own abilities, but weirdly, while she’s slinging blame at “target culture” and “having-it-all”, she doesn’t mention the thing that I’d reckon was the most likely sources of anxiety: separation from extended families. I hadn’t held a baby for longer than ten minutes until I had my own, because I never lived near enough to my aunts, uncles and cousins to get much time with a practice infant. And because my home was a 90-minute drive from my parents, I wasn’t able to just pop round and get some advice from my Mum. A long-term fall in fertility rates feels like a better explanation for maternal anxiety that a lot of specious psychologising about how, once women have learnt to be careerist, we can’t possibly go back to being properly nurturing or something.

That’s if there is more maternal anxiety, of course, which I’m not totally convinced you can decide based on a rummage through Mumsnet and a look at the parenting section in Waterstone’s. I’ll tell you what did make me feel guilty and anxious, though – reading this in the middle of the article:

Recently, the Joseph Rowntree Foundation released the results of a study of children born in the 1970s. It found that those with mothers who worked up to 18 months during their preschool years had only a 64% chance of passing an A-level. This fell to a 52% chance of success if the mother worked for an additional year. Furthermore, the children of these working mothers faced a greater risk of unemployment (up from 6% to 9%) and psychological stress (up from 23% to 28%) in adulthood.

Is that really the best that Cavendish expects working mothers to come up with? Maybe working mothers could check out the findings of the JRF for themselves, which come with their own reassuring caveat:

There was strong evidence of a trade-off for mothers who were employed full-time when their children were under five. Although full-time work increased family income, less time for mothers to interact with their families tended to reduce children’s later educational attainments (the analysis controlled for family income).

JRF, “The effect of parents’ employment on outcomes for children”

That sounds problematic to me: if the analysis is controlled for income, then it seems to me that it’s going to filter out the potential positive effects of the increased wealth that comes from having a working mother. It’s not binary, and the study’s findings aren’t presented in quite the definitive way that Cavendish found them in the headlines.

But what she offers in response isn’t a cautious weighing up of the credits and debits of working motherhood. It’s just a portrait of unhappiness, with an implicit line of aggression against the mothers who make her feel bad – the ones whose children “play more sports than mine, […] are academically more competent, […] read books all the time, […] are constantly on playdates, […] are popular, witty, funny.” I’m not sure that a criticism of an article criticising parenting advice is the right place to start handing out parenting advice of my own, but I have some anyway: how about not writing in a national newspaper about your children’s perceived shortcomings and the way they reflect on you? I’m not a psychologist or anything, but I’m fairly sure that for a child to read that about him or herself could be almost nearly as harmful as the fact that mummy has a job.

Comment Is Free has published my response to Tory philosopher Phillip Blond’s statements on abortion:

More than anything, Red Toryism – the paternalistic credo with an eye on fixing our (allegedly) “broken society” – wants you to like it. The main proponent of Red Toryism is Phillip Blond, and in his interview with the Guardian over the weekend, he was quick to temper his anti-abortion rhetoric with some pro-lady noises. “For me,” says Blond, “women who choose not to have abortions are among the most moral creatures on these shores.”

I was at the beginning of my second year at university when I found out I was inconveniently and unexpectedly pregnant. I chose not to have an abortion, which I guess puts me in Blond’s awkwardly sentimental category of “moral creatures”. So, from the position of unearned ethical authority into which I have been corralled, perhaps I can explain exactly what is wrong with his argument when he says that “by and large, [abortion] should become an unacceptable practice. I would probably want to limit it to only the most extreme cases: rape, or when someone was very young, or incest.”

Read the rest here, and let me know if you brave the comments.

Related: Paperhouse, “Think of the children”

You might think that political gains for an actually fascist party would make polemicists ease up on the jackboot rhetoric, however much they dislike social workers and family law. But Peter Hitchens is a special case – someone so committed in his dislike of any state intervention in family life, he managed to turn the Baby P case into the occasion for a column on how social workers are too intrusive (well, too intrusive into the lives of married couples with children earning 30K and above).

Peter Hitchens is, basically, incredible: a writer so febrile and deluded that you can legitimately describe Christopher as the “least worst Hitchens” (which is a bit like choosing your favourite boil, but there you are). He’s also admirably shameless about his methods: everything he tells us, he writes, is intended to “scare us”.

This weekend, he instills fear by declaring that the UK is practically a totalitarian state. There are three ingredients to your triumphalist face-stamping government, apparently. Firstly, a proposal (not legislation, just a proposal) to make school attendance dependant on receiving a full programme of vaccinations. Secondly, increased monitoring of home-schoolers. Thirdly, the provison of nursery care. It’s a terrifying vision of a dystopian nightmare brought to life around us.

Oh no, wait – it’s just some policy to be discussed, with trade-offs to be made between the individual and the group. Your precious freedoms are currently intact, including the freedom to make your child vulnerable to preventable diseases and expose other people to illness too. But Hitchens obviously isn’t interested in discussing what’s necessary or effective: “I have no idea if the MMR is safe or not”, he writes. (Somewhere in Mail central, there’s a portrait of a once-competent editor which grows a little more decrepit each time a sentence like that goes to press, when it ought to have been sent back directly with the message, “Really? Then find out.”) You can never be too ignorant or too sloppy when you’re telling people that the state is coming for their children.