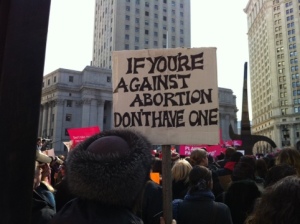 In an environment where every uterus in America is politicised territory, why should the candidates’ wives get a free pass? Aspiring Republican nominee Rick Santorum is very strongly anti-abortion – he opposes medical termination of pregnancy in almost all circumstances, including conceptions resulting from rape or incest. So the possibility that his wife received an abortion at 20 weeks because her own life was endangered by the pregnancy (as reported by The Daily Kos, not entirely accurately) is too tempting an example of hypocrisy for political opponents to resist. END_OF_DOCUMENT_TOKEN_TO_BE_REPLACED